Prior to joining the Fed in 2007, Larry Cordell worked in the mortgage industry at Radian Group and Freddie Mac. Upon joining the Fed, Cordell was a special advisor during the financial crisis and focused on several key Federal Reserve System initiatives, including the conservatorship of Fannie Mae and Freddie Mac, the Supervisory Capital Assessment Program (SCAP), and the Comprehensive Capital Analysis and Review (CCAR) exercises.

Cordell is now the SVP of the Risk Assessment, Data Analysis, and Research (RADAR) group, which he started after the financial crisis and has helped grow from two people to over 50. His team has developed key capabilities, including housing the most comprehensive collection of securities and consumer credit data on U.S. markets, building out surveillance and research capabilities in Supervision, and estimating loss models as part of the Dodd-Frank Act Stress Tests (DFAST).

Cordell’s research focuses on all aspects of consumer finance, loss modeling, and fixed income securities. He has also been an adjunct professor in Penn State’s Master of Finance Program, teaching a course in fixed income securities. He has a Ph.D. in economics from the University of North Carolina at Chapel Hill and an undergraduate degree from St. Louis University.

After spending a decade focusing on mortgages and mortgage-backed securities as a tenured professor and consultant, Xudong (Sean) An traded in his professor title for an economist role at the Bank. He now oversees the Bank’s stress testing function and its retail risk research function. His interests lie in consumer finance, banking, and risk management, and he has shared his research in academic journals including the Journal of Financial Economics, the Journal of Policy Analysis and Management, and Real Estate Economics.

An has a Ph.D. from the University of Southern California. He is an elected Fellow of the Homer Hoyt Institute, and currently serves on the editorial board of Real Estate Economics and the Journal of Real Estate Finance and Economics.

To begin, could you tell me some of the top takeaways from your recent analysis of Black Knight’s data on mortgage forbearances and delinquencies?
Cordell: The forbearance report says we are down to about 700,000 loans in forbearance. From our overall numbers, that’s quite a drop, because at one time or another, over this whole period, about 8.4 million mortgages were in some stage of forbearance. Some of them, of course, were always performing. Close to a million borrowers have come out of forbearance but are seriously delinquent. While a million sounds like a lot, about half of those are in some stage of loss mitigation but are seriously delinquent but not in forbearance. So, those are loans that may end up getting referred to foreclosure if loss mitigation is not available to them. That, in and of itself, is not high. We’re talking about around 2% of mortgages in the entire industry of about 53 million mortgages. That’s a pretty small percentage.

So, we’re not talking about something that’s going to create some sort of systemic problem in the mortgage market or anything like that. The good news is that, of those borrowers that are seriously delinquent, whether in loss mitigation or not, we estimate that about three-quarters of those have 20% or more equity in their homes, substantial enough for most to be able to sell their homes and avoid foreclosure. So that obviously is a huge difference to what it was during the Great Recession when most borrowers were underwater.

There are two cautionary parts to this. One is that, of the about half a million borrowers that are in some stage of loss mitigation, close to three quarters of them are still not yet paying their mortgages. They’re in a transitional state.

The other cautionary part of it is that this subset does tend to be dominated by minority and lower-income borrowers. We were able to take these mortgages and merge them with the Home Mortgage Disclosure Act data, which has the race and income of the borrowers at loan application. What we’re showing is that close to 8% of the Black borrowers are either in forbearance or out of forbearance and still delinquent. So, that’s a pretty high number. And about 5.5% of the Hispanic borrowers are, compared with about 3.5% for the whites and about 2.5% for the Asian Americans.

Were there any surprises regarding the pace you’ve seen of people coming out of forbearance or has that played out as predicted?
An: The progression we’ve seen recently is not surprising. Thinking about the big picture, there were two surprises for how the mortgage market fared during the pandemic. At the beginning of the pandemic, there was a big worry that the mortgage market and the housing market were going to have major difficulties. But the housing market has remained very strong. We see a lot of house price appreciation, so you could call that a happy surprise. Another one is how many borrowers were able to get temporary relief through forbearance. We made an early judgmental call in late 2020 that the mortgage market wouldn’t experience a major problem in terms of credit risk, and since then, the evolvement of the situation, including many borrowers getting back on track by reperforming or getting worked out, has not been a surprise to us.

Is this equity spread distributed equally across, for example, minority cohorts or geographic regions?
Cordell: That’s a great question. We didn’t necessarily find it distributed inequitably along racial dimensions, but clearly the equity position is going to be worse for the FHA/VA borrowers, because they just start with less equity to begin with. Then also, for some of the lower-income borrowers, we are seeing that there’s less equity in their homes, which is also tied to the fact that they might have FHA/VA mortgages.

What do you anticipate for foreclosure rates going forward?
Cordell: One thing that surprised us early on is, even though the foreclosure moratoria ended in July, foreclosure starts didn’t really pick up. Now, that was largely due to the CFPB adding additional protections for borrowers. But they stayed very low through December. In the months of January and February, foreclosure starts picked back up to where they were pre-pandemic. So, we are estimating that about 56,000 mortgages were referred to foreclosure in January, with another 37,000 in the short month of February.

Can you tell from the data what percentage of these starts are cases that were due for foreclosure pre-pandemic, as opposed to borrowers suffering economic fallout from the past two years?
Cordell: That’s another great question. I don’t have the exact figures, but I’ll make one observation that was a bit surprising to us. For bank portfolio and private-label mortgage-backed security loans that are seriously delinquent today and not in loss mitigation, around 85% were originated pre-Great Recession. Many of these borrowers were previously modified. Options are more limited for these borrowers.

For the other half of seriously delinquent borrowers that are on a loss mitigation plan, we are seeing a greater mix of more recent originations. The cautionary note for these borrowers is that around three-quarters have not yet resumed payment on their mortgages. It is still early as many just recently came out of forbearance, so we need to track these borrowers closely to see if they are getting back on track.

How are potential backlogs in judicial foreclosure states likely to impact these numbers going forward, if at all?
Cordell: We didn’t see a dominance of past-due mortgages in judicial foreclosure states where you have much longer foreclosure timelines. However, at the same time, the servicers under CFPB regulations are still trying to work with the borrowers. So, I don’t think we’re going to necessarily see this huge flood of foreclosures taking place early on. These will work themselves out over time.

We’re in a very strong housing market. Many borrowers have enough equity in their homes to avoid foreclosure, and there is a huge demand for housing in the market. This will help most avoid foreclosure.

An: I agree with Larry. This time, backlog in our court system is not a major concern. As Larry explained earlier, we’re likely to get back to pre-pandemic foreclosure levels, maybe a little bit higher given some of the backlog, but it won’t be like the Great Recession years. Just to put it into perspective, on a very conservative estimate, half a million loans might go into foreclosure. But during the Great Recession, there were four to five million foreclosures. It’s not on the same scale. So, court backlogs are not a major concern today. 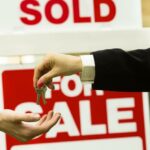 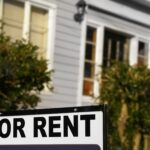 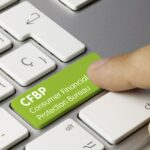 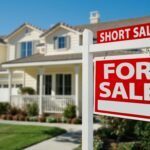 The Week Ahead: Servicers Crafting the Ultimate Client Experience